by admin
0
longboard, longboard art, longboard art prints, skateboard
Shaun Thomas and Bamboo Skateboards have now teamed up to offer his wave sculptures and modern coastal art into a line of quality Bamboo longboards and cruisers, not just meant as your next wave art piece but for cruising around and enjoying the outdoors. For the first run of boards, Shaun decided to go with one of his earliest original coastal sculpture pieces, “Sunset Peak”. This timeless and classic design fits beautifully with the Pintail layout. The top of the board features a sandy clear grip tape with a small decal of the back’s design, along with the artist’s signature. Designed for controlled cruising and premium carving, this 44″ Pintail is an all around crowd pleaser.

WHY BAMBOO? Shaun Thomas selected San Diego based skateboard manufacturer, Bamboo Skateboards because of their decisions to manufacture their boards with an endless renew-ability resource, Bamboo. It not only aids in creating better boards but is also a socially responsible choice with it’s minimal effect on the environment. When skateboarding surpassed flooring, as one of the major contributors to maple deforestation, Bamboo Skateboard’s mission became to explore other ways of making skateboards. Bamboo is a type of grass: cut it down and it grows back stronger than before. It’s not endangered, prevents soil erosion, requires no toxic fertilizers, and is lighter and stronger than steel itself. All Bamboo skateboards and long-boards are harvested from managed farms which have a minimal effect on the environment. Since 2008, Bamboo has gained a loyal following of Eco-conscious fans around the world. Bamboo has grown in recognition and popularity in skate shops across the world for our innovation, mission, and quality. Not into skating but interested in hanging this as your next longboard art piece? You can now purchase just the deck with hanging hardware without the trucks and wheels.

Lack of Waves Prompted Development of the Skateboard

In the 1950s in Hawaii, the weather and a lack of waves encouraged grounded dedicated ocean surfers to move to flat surfaces when they could not access the ocean to surf the waves. Unused surfboards were transformed into skateboards by stripping quad-styled roller skates of their wheels and attaching them to surfboards at the front and back. The longboard skateboard, later developed in 1958, arrived in California, becoming popular in the 1970s, along with the invention of polyurethane wheels by Frank Nasworthy. These wheels allowed longboard skateboarders to control movement and higher speed for a better riding experience.

Lack of waves were exchanged for the abundance of concrete walkways, stairs, even incorporating railings by turning the board sideways to slide smoothly down its length. Just hop off and move to the next challenge. While one did not worry about sharks in the ocean, skateboarders now had to wear protective gear to avoid extensive bodily damage if they fell off the board. Helmets, padded body gear, and gloves became part of the tools everyone needed to wear to stay safe while skateboarding. A new marketing channel grew out of board-coordinated gear.

Concrete bowls were created so skaters could ride up and down the sides of the bowls, just like surfing the waves. The only difference is that concrete is a fixed platform, while waves in the ocean are constantly changing, providing a different way of connecting the board to the surface. As skateboarders got more confident with practicing on curved surfaces, jumps and turns were added, even a few flips when reaching the top edge of a concrete bowl.

Snowboarders like three-time gold Olympic Champion Shaun White (aka the Flying Tomato), with roots as a skateboarder, became a true artistic athlete by highlighting the types of flips and twisty turns that could be done at the top of snow-packed runs with curved walls on either side. His last Olympic win in 2018 had him thinking about going back to skateboarding and competing in that genre again Roller skaters, surfers, skateboarders, and snowboarders have all cross-influenced the art of skateboarding over the years. Those who operate in more than one venue, can translate similar movements from one surface to another, using the skateboard and continuous advances in board and wheels design. Bamboo skateboards are the latest in skateboard design. Not only is bamboo environmentally friendly, supple, and as hard as any other hard wood, like Maple. Bamboo is also a fast-growing plant, so it is easy to replace plants on a farm, unlike trees which take years to grow. Longboard art has developed with many artists making their name by adding art design to the surfaces of longboard skateboards, surfboards, and more. These boards are great ways to advertise the artists’ work along with associated riding gear. 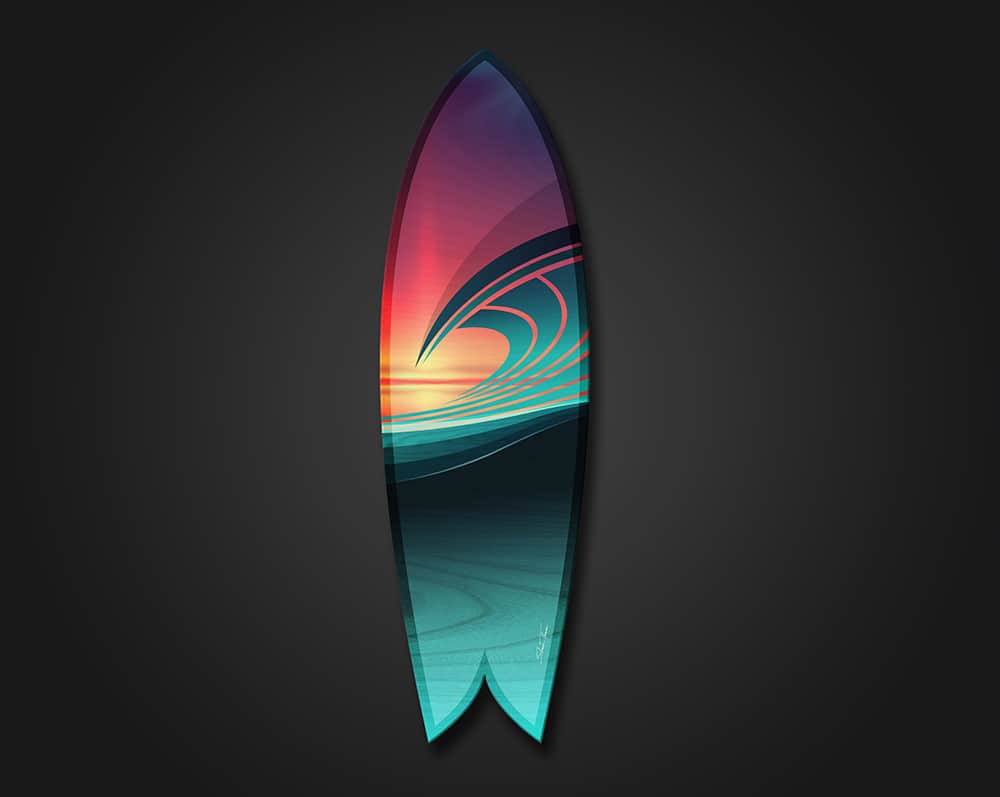